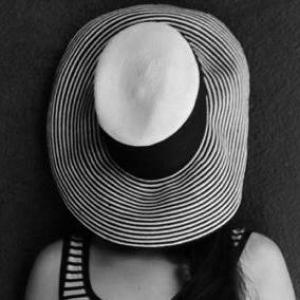 Nicole's practice is concerned with engineering an aesthetic that is at once seductive and unsettling as a means of investigating the overlap between desire, fantasy, identity, and (self)-image. In her work, she attempts to "make strange" the presentation of the female figure by using her as an armature for display.

Currently based in Toronto, Nicole is a graduate of the University of Ottawa's BFA program. In Toronto, her work has been shown at Fashion Art Toronto 2018, The Project Gallery, the John B. Aird Gallery, Black Cat Showroom and OCAD U as part of the 2015 Feminist Art Conference. In Ottawa, her work has been shown at The Fritzi Gallery, Studio 66, St. Brigid's Centre for the Arts, Gallery 115 and Ottawa/Gatineau Nuit Blanche 2013. Farther afield, Nicole has exhibited at Z Art Space in Montreal as well as at The Whitestone Gallery in Guelph.

The Best Gifts are Found Within

Blossoms Twisting Down Her Fall 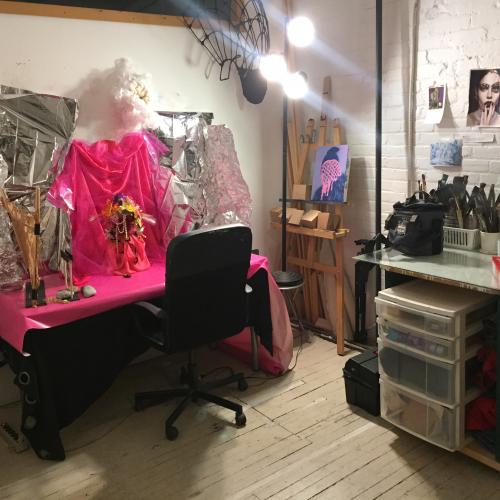 Oh! Its’ going to be very hard to keep this to a minimum, but currently my top 5 are: Justin Mortimer, Jules de Balincourt, Janet Werner, Iris Van Herpen (Fashion Designer), David Altmejd and DaveandJenn. Ok, that’s 6…so kill me

What do you listen to when you work?

An arts administrator and a crazy dancer

Kingston, ON
Entangled Beings and Bodies

Try-before-you-buy with a 3 month rental. 100% of your rental payments go towards the purchase (interest free). Message the artist directly, and start the conversation.

We make it easy for you to try art with smart payment plans and try-before-you-buy models.

See How It Works

Artwork protection is included on all art rentals up to $10K. Our Customer Care team is always here to help.

1% from every transaction goes towards a Canadian arts nonprofit.